I want to give better instructions about how to get Zotero working and how to get your items into our Zotero group at http://www.zotero.org/groups/hist390-001-2013/items, since it’s a multi-step process. Do also see the Zotero help documentation.

If you have any trouble, first look around in the help documentation on zotero.org at https://www.zotero.org/support/. If you can’t find what you need, email me.

Here are 57 questions from which the 50 questions on Exam #2 will be taken. All the answers should be available from the study guides posted in the Research Skills Unit category on this site; if you don’t find those resources helpful, do some searching on the web, and when you find a helpful site, post it to the course’s Diigo group.

Please post as a comment to this post your suggestion for a question for Exam #2. The question should 1) be in short-answer format, and 2) cover the materials in the blog posts / study guides posted here under the Research Skills Unit category.

As I mentioned in class today, I want to spend time next week 1) preparing for the second exam, and 2) preparing for your presentations and your final project. I’ve updated the syllabus to that effect. Please be sure to bring your laptop next week, and please be sure to look at the Research Project Planning Form — it’s due by the end of the day on Wednesday, October 9th. 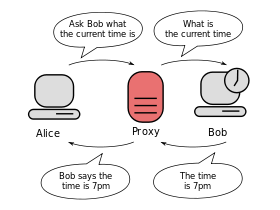 Primary source – any material that is of its own time rather than something reflective written later. The 1969 UCLA student newspaper article about the first ARPANet connection is a primary source, whereas the blog post that shares it and comments on it is a secondary source. Most magazine and newspaper articles are primary sources, because they are usually written quite close to the date of the events they discuss.

database – most scholarly databases available through library websites are large, searchable lists of related information. Any one database can include hundreds of thousands of records from thousands of magazines, newspapers, or scholarly journals.

pre-print – the final version of a scholarly paper before it has been copyedited, typeset, and published in a journal; the author’s own final draft. Many article authors post these online themselves for free now in addition to (or instead of) publishing them in journals that may require payment.

Open Access – a semi-political movement to make scholarly work (especially but not exclusively scholarly work that is funded by the government with taxpayer dollars) freely available online rather than “paywalled.” Open Access week is October 21-27, 2013, and GMU will hold many events for it: http://infoguides.gmu.edu/content.php?pid=295386&sid=3950037

ProQuest Research Library – Scroll down in the Ps to find this full-text database, which “provides one-stop access to more than 4,000 periodicals from one of the broadest, most inclusive general reference databases ProQuest has to offer. Search from a highly-respected, diversified mix of scholarly journals, trade publications, and magazines covering over 150 academic disciplines.”

America: History and Life – Scroll down to this database in the History database list on GMU’s library website. Searches both citations and full text, and “provides English language abstracts of scholarly literature (journal articles, articles in collections, dissertations, book and media reviews) on the history and culture of the U.S. and Canada.” Goes back only to 1964.

JSTOR – a large general database of scholarly journals (JSTOR stands for “Journal Storage”). Note that recent articles from the last two to five years are *not* in JSTOR; only articles older than that can be found here. Some journal issues as old 1880s can be found here.

arxiv.org – an open access repository of scholarly papers in Physics, Math, and other sciences, including Computer Science.

Pick any database in the list of those GMU has access to and try to find out the following:

Stuff You Need to Learn